Survey: Increasing Use of Health IT Among Doctors

Share
Download PDF
Physicians have become more proficient with electronic health records (EHRs) and are increasingly using healthcare IT functions that help them provide quality patient care. These are among the key findings of Accenture's latest online survey covering 2,619 doctors in Australia, Brazil, England, Norway, Singapore and the U.S.

Doctors' routine use of all surveyed healthcare IT functions is on the rise. These functions include:


According to doctors, availability of electronic functions for patients has increased since 2012. Services for accessing records and results online had particularly significant improvements. 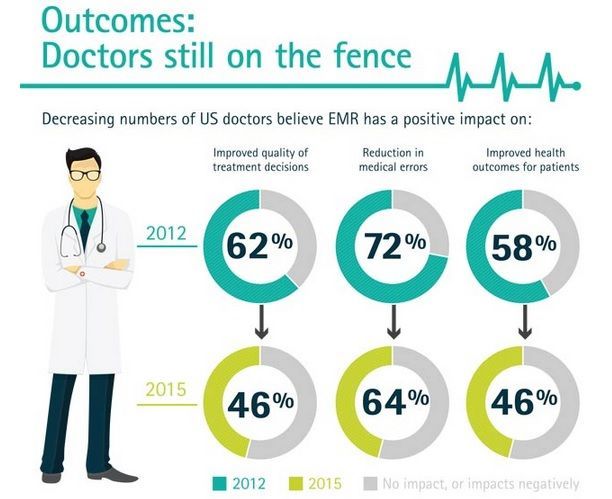 Of note, a majority of doctors from the six participating countries worry that their EHR systems are difficult to use. Specifically, they say that healthcare IT limits the amount of time they spend with patients.

The global survey was conducted online by Nielsen between December 2014 and January 2015. The analysis provided comparisons by country, sector, age and EHR use.

The State of the Learning Healthcare System

The vision of the “Learning Healthcare System”, established nearly a decade ago, aims to promote a system by which research is... Read more

A new report from Accenture predicts a new era of highly sophisticated “living services” that can learn and tailor themselves... Read more

Artificial Intelligence (AI) in medical imaging and new imaging techniques provide radiologists and other diagnosticians with better access to deeper anatomical and clinical details.   At the same time, these innovations highlight the need for...

Comarch Diagnostic Point High demand for accessible and convenient healthcare has led to the rapid development of telemedicine services. Among these services are diagnostic points, which allow proper care to be provided to patients – anywhere,...