Cardiovascular Imaging in Europe - Who Does What?

Share
Download PDF
Demand for cardiovascular imaging (CVI) continues to increase due to changes in CV disease epidemiology and ageing of the population. However, reliable statistics on CVI practice in Europe are lacking.

"While practice variations can reflect patient preferences, local demographics, and a host of other factors, availabilities of techniques, educational platform, training requirements, certification guidelines, and reimbursement systems also significantly contribute to the current differences observed between European countries in terms of CVI practice", the authors note in the journal report.

The survey showed that, overall, there were diverse country-specific regulations to perform CVI and a widespread lack of national certification/accreditation in CVI practice.

The 2012 leadership of the EACVI agreed upon the importance of obtaining the latest data on the practice of CVI in Europe. Lead authors Patrizio Lancellotti, President of the EACVI 2012–2014, and Edyta Płońska-Gościniak, chair of the European Communities Committee 2012–2014, with the help of the EACVI board and the Chairs of National Societies prepared a questionnaire with the most relevant items to be featured. After a final revision in 2013, the questionnaires were sent out to all the national imaging/echocardiography societies/working groups in Europe.

Representatives from 41 countries returned the questionnaire. Some countries, however, did not have available data for all of the sections of the survey. A random crosscheck of the data quality was conducted with the help of the EACVI board members and some national volunteers. All data were entered into a central database.

All the information was then compiled into the ‘EACVI Highlight Book’ presented during the 2014 EuroEcho-Imaging in Vienna.

The rate of CV disease remained a major healthcare burden in Europe, with substantial differences in CV mortality rates between East and North (Figure 1). A national registry on the practice of CVI was present in a very few countries (Albania, Armenia, Denmark, Germany, Greece, Hungary). There was a wide variety of healthcare systems, which involve public or private insurances, including mixed solutions, and co-payments. 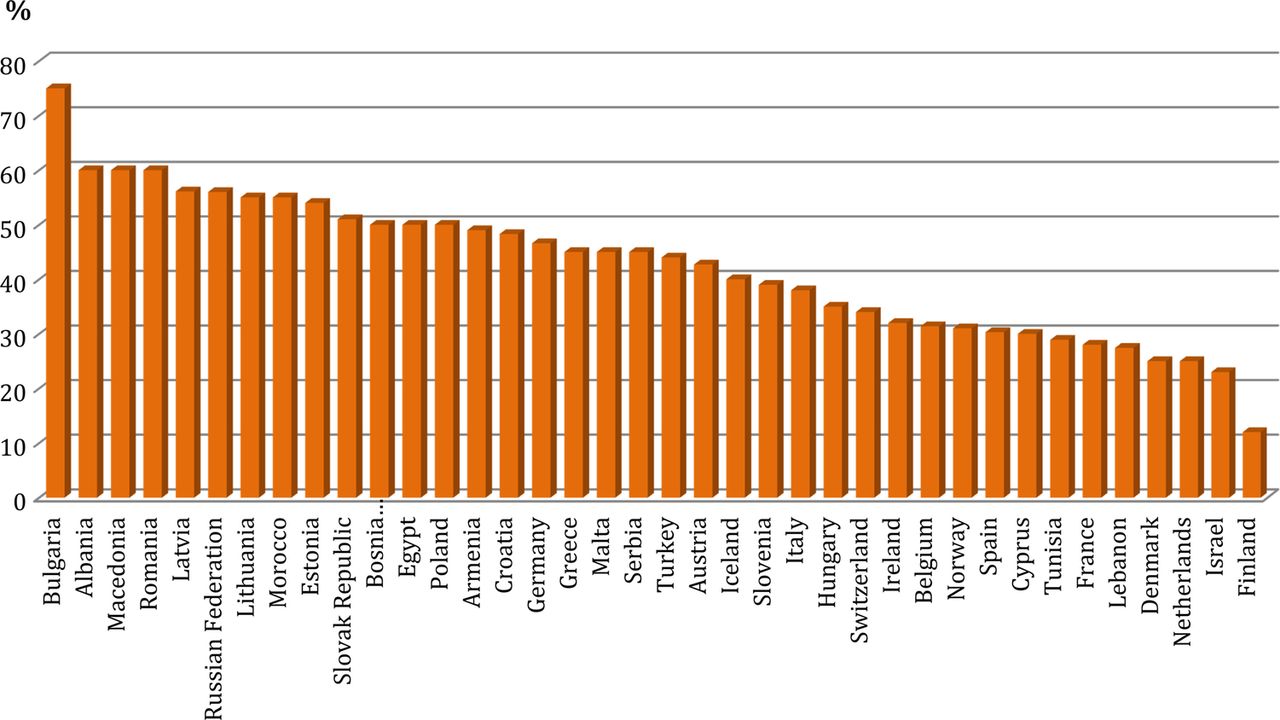 Figure 1. Percentage of death resulting from cardiovascular disease in 2012 (most of the data come from the Ministry of Health).

The performance and reimbursement of CVI strongly depended on the type of imaging technique used. The highest costs were found for positron emission tomography (PET), computed tomography (CT), and cardiovascular magnetic resonance imaging (CMR). Transoesophageal echocardiography (TOE) and stress echocardiography costs were, however, in the highest range in about one-fifth of the countries (>200€). Vascular ultrasound was by far the cheapest examination (<50€).

In most countries, echocardiography is in the hands of cardiologists while radiologists mainly performed/reported the CMR and CT examinations. However, medical imaging performance required a specialist license (eg, cardiologist, radiologist, nuclear imaging specialist) in most countries. Unexpectedly, a predefined period of training in CVI during the specialty was absent in one-third of the countries.

A few countries offered official national certification guidelines to perform CVI examinations. Interestingly, the adherence to ESC/EACVI guidelines in CVI was reported in a high number of European countries. Finally, the access to CVI examinations in public healthcare system was marked by a long waiting period in some countries.

As it’s summer season in the northern hemisphere, HealthManagement.org brings you some suggestions for holiday reading. We present... Read more

The 3T PowerPack for Exploration.   MAGNETOM Prisma 1  offers a unique 3T MRI platform to help you tackle the most demanding MRI research challenges of today and tomorrow. Its breakthrough design delivers maximum performance under prolonged high-strain...

Exceeding Expectations   Confronted with increasingly complex clinical requirements and rising numbers of patients, medical institutions are expected to perform at the limits of capacity every day. SOMATOM Definition Edge helps you not only meet,...

Embrace human nature at 3T   MAGNETOM Vida – the first 3T MRI scanner with  BioMatrix Technology  – embraces human nature and the unique set of challenges that each patient brings to the MRI exam. By embracing these challenges, we overcome patient...

The ACUSON Freestyle Series is the world’s first wireless ultrasound solution, redefining ultrasound access in the interventional suite and at the point of care. The series offers scalable configurations to promote automated workflow,...