Exercise-based rehabilitation — including bed-based exercises and standing — has been shown to be beneficial when delivered during ICU admission.  However, such interventions, when initiated after ICU discharge, did not improve functional exercise capacity or health-related quality of life for survivors of critical illness, according to a new Cochrane Review published in the Journal of Cachexia, Sarcopenia and Muscle.

"Consequently, we were unable to conclude the efficacy of post-ICU discharge exercise-based rehabilitation on our selected outcomes. Most included studies failed to show a significant difference between intervention and control groups," write the study's authors.

Rehabilitation is important in managing post-critical illness morbidity, and exercise-based interventions are recommended to target physical and functional disability. Ideally, rehabilitation should be delivered in a seamless pathway from ICU admission, transitioning to the ward, and following hospital discharge. In the ICU, physical rehabilitation is typically characterised by early mobilisation encompassing an increasingly functional hierarchy of activities ranging from bed-based exercises, sitting over the edge of the bed, standing, and ultimately walking.

The safety and feasibility of early mobilisation have been well documented, and its efficacy has been examined in a number of systematic reviews demonstrating significant benefit in health-related quality of life, physical function, respiratory and peripheral skeletal muscle strength, length of ICU and hospital stay, and duration of mechanical ventilation

Exercise-based interventions in included studies were delivered on the ward in two studies: both on the ward and in the community in one study and in the community in three studies, and were of variable duration. Control group participants in all included studies were documented as receiving standard practice care for post-critical illness management, albeit exact descriptions were limited.

"Overall quality of evidence for both outcomes was very low. All studies evaluated functional exercise capacity, with three reporting positive effects in favour of the intervention. Only two studies evaluated health-related quality of life and neither reported differences between intervention and control groups," Dr. Connolly and co-authors write.

New App: Connecting Family with Loved Ones in ICU

A new app from Naveon helps families with a loved one in the intensive care unit (ICU) communicate with the care team better.... Read more

Study: Cycling in Bed Safe and Feasible for ICU Patients

ICU patients on mechanical ventilation can use an in-bed cycle safely and early in their stay, according to research from McMaster... Read more

Exercise Rehabilitation, ICU, quality of life Exercise-based rehabilitation when initiated after ICU discharge, did not improve functional exercise capacity or health-related quality of life for survivors of critical illness, according to a new Cochrane Review published in the Journal of Cachexia, Sa 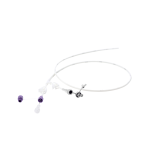